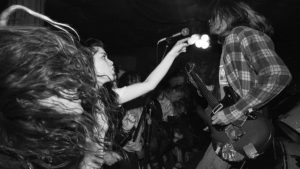 The 90’s called and it has some observations to share. Some insights to make today a little bit better.

“I knew all the rules, but the rules did not know me.” – Eddie Vedder

Please indulge me here, this is not about nostalgia. It’s about pragmatism. I was thinking earlier today about what’s missing, in general, and in general, I was lead to the 1990’s. The decade of which I came of age. I graduated high school in 1993 making me a card carrying member of Generation X. The last generation raised without the borders of technology as we know it today. A generation raised by the gigantic, selfish, and preoccupied generation called the Baby Boomers. I think we are the only generation trying to be okay with who we are instead of trying to have others be okay with who we aren’t.

“Wanting to be someone else is a waste of the person you are.” – Kurt Cobain

The 90’s was a very different and unique time. Looking back it was a glorious mix of the 50’s Beat Culture, the 60’s Drug Culture, and the 70’s self-aware and risky Exploration Culture. Mix all that up and add us young adults as leaven and you’ve got a movement.

Here are 21 observations from the 1990’s that appear to be very useful.

There you have it. I’m certainly not saying we got it all right. We didn’t. In addition, I think the younger generations coming up are quite impressive. We are the middle aged adults now, lets be careful with that, and while we’re being careful, let’s inject some beautiful 90’s joie de vivre.